I know it’s not quite January yet, but with the New Year approaching I wanted to save those posts for a 2016 review and talking about New Years Resolutions, and I’ve got plenty of favourites to talk about!

Firstly, I have to thank my amazing friends Nick, Ollie and (boyfriend) Lucas for taking so much time to make me some beautiful fairy lights with coca cola cans. They’re the tiny mini ones that are in the alcohol aisle at the super market and I don’t know why I didn’t question it at the time but they’re absolutely gorgeous and I’ve put them up above my desk – I love them a lot.

Amazon have been an absolutely blessing with all the Christmas shopping and last minute buys – this photo was original used in my last favourites post to talk about the Grand Tour but it’s an Amazon box, so it’s relevant? I did a fair bit of my shopping in person but Amazon is my favourite way to shop – one massive order that covered 90% of the people I needed to buy presents for, which made me feel really organised. Good job Amazon. 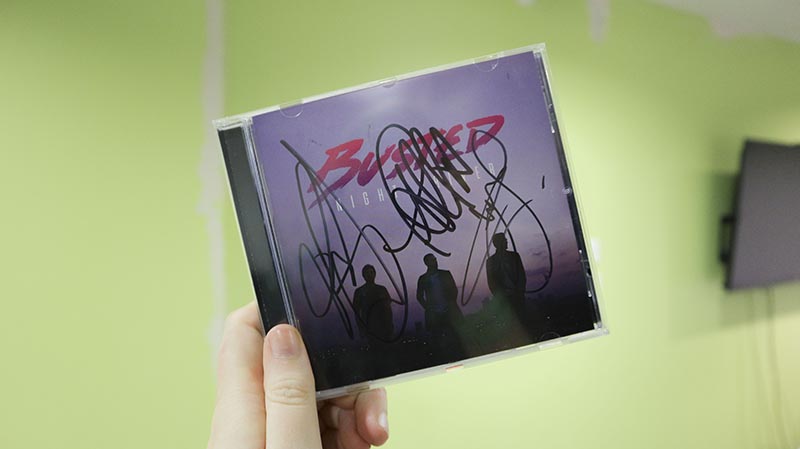 I’ve been a fan of Busted for a really long time – fourteen years later, they do a signing in Southampton and I got to go! They were so, so lovely, it was an incredible experience (I made a news package on it if you’d like to see that!) and the album is brilliant too – I had a proper listen to it that evening and it’s actually really good. It doesn’t sound all that much like the early 2000s Busted, but their sound has developed and progressed with modern music yet still has hints of ‘Busted’. As a long term Busted fan, having a new album fourteen years later really makes me happy.

I’m called this ‘David III’. This is a ‘make your own’ cactus pillow – I have a felt cactus called David and a succulent called David II and I’m going to make David III. I’m going to have a collection of cactus-related-David-plants and this is actually really cute. Well, I’m sure when I get round to making it, it probably won’t be as cute but the potential is there. 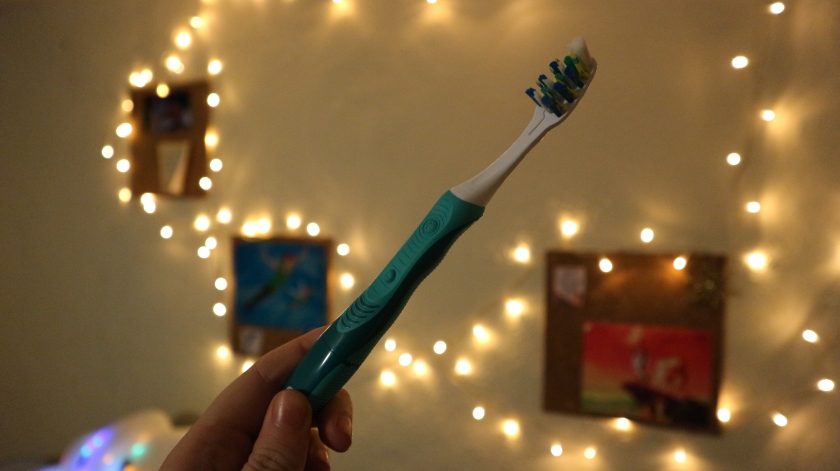 Okay, not every lifestyle blogger puts a toothbrush in their favourites post but this is a vibrating brush from Oral B, it was only £8.59 for two of these brushes and I got really excited about it. My teeth are the cleanest they’ve ever been. 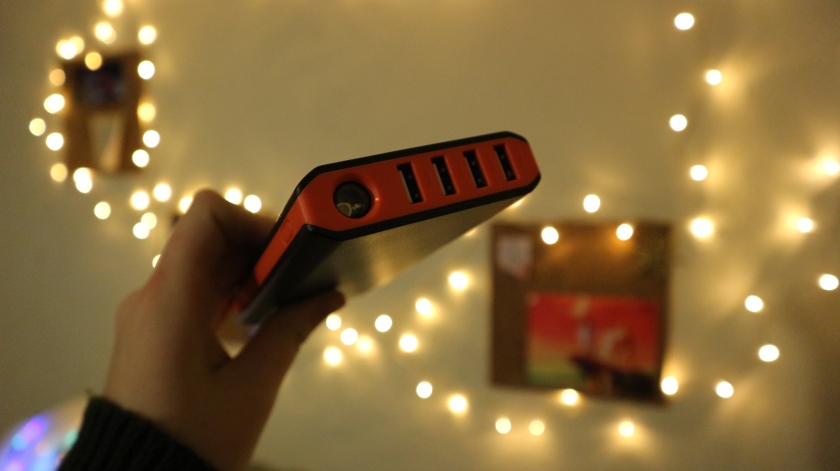 A wonderfully practically Christmas present – a portable charger is very useful but when it’s got four USB ports and a torch? It’s the kind of thing someone who relies so heavily on their phone finds really exciting but isn’t really that exciting. For the price though, it’s really powerful and if you’re looking for a portable charger that will fully recharge your phone about four times I think? It’s here on Amazon, if you’re interested! 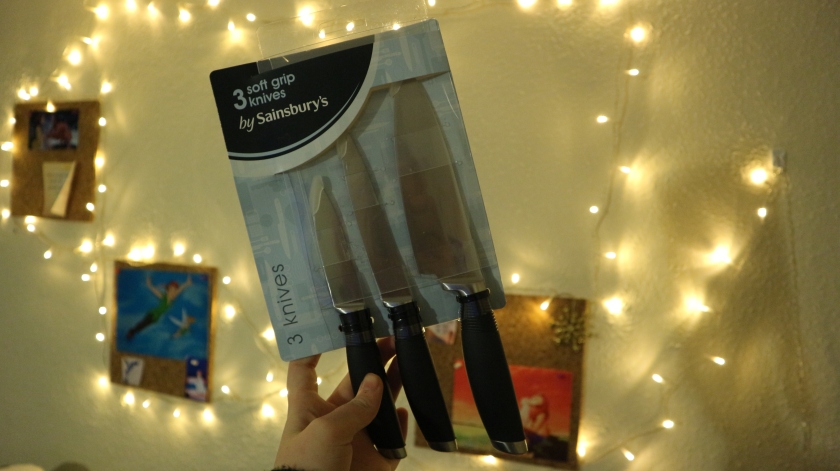 I got quite a few new bits of kitchenware for Christmas and it made me surprisingly happy! I had a really nice set of knives when I lived in halls last year but two of three of them went missing, so kitchen knives were on my Christmas list! I also got a Doctor Who TARDIS cereal bowl, a TARDIS drinking glass and little TARDIS salt and pepper shakers. My mum is trying to give my kitchen a theme, I think. I really wanted the TARDIS salt and pepper shakers though. 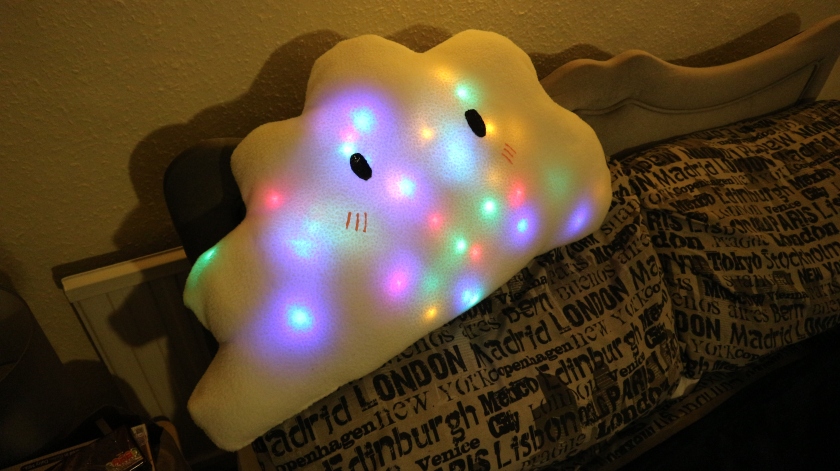 Definitely the cutest present I received by a long run – my sister made this cushion in the shape of a cloud and painted eyes and little blushed cheeks on him, then put fairy lights inside the stuffing! It’s one of my favourite things I got this Christmas, he’s just so adorable. I have another cloud pillow at home and she’s called Sora (because I googled cloud related names and it’s also the name of the main character in Kingdom Hearts) and my family and I named him Nimbus, because it’s a cloud related name and a Harry Potter reference. Perfect! 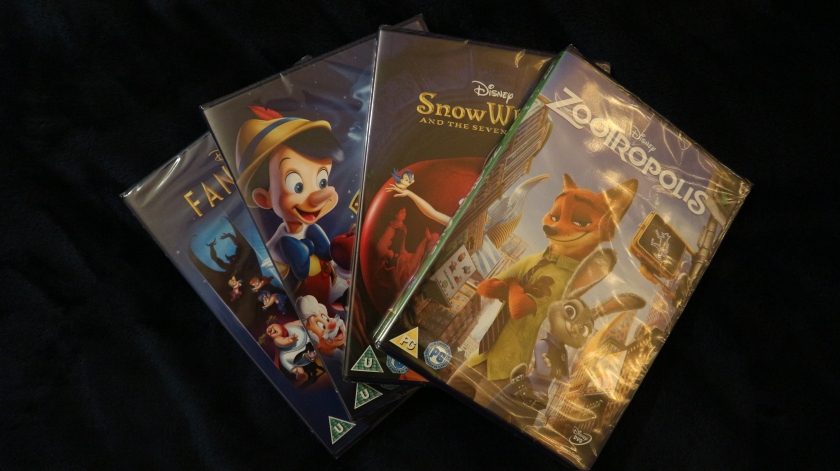 I mean, I’ve probably mentioned it once or twice, but I’m a huge Disney fan – I love Disney animated movies because they’re so heartwarming and fun, in recent years they’ve led more towards heartbreaking and I cry at every film but I still love them. Over the summer I decided I wanted a Disney movie collection and I wrote out a list of every Disney animated film ever (over a hundred in total) and my mum got me these four for Christmas – the first three and the most recent one! I’ve got both Jungle Book films in Southampton as well so my collection is well on it’s way! 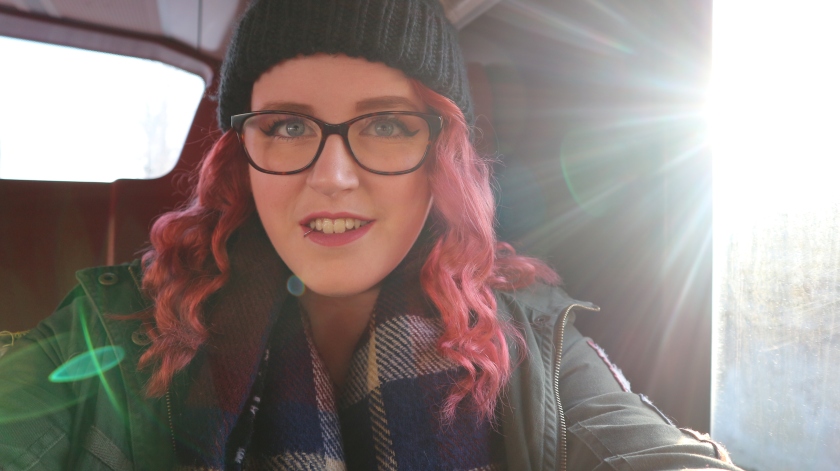 And lastly for this months favourites – my new hair colour! On Christmas Eve, I finally got the red dye out and dyed it a dark burgundy red. Following a deep conditioning treatment last night it seems to have gone for more of a rose-gold/pinky-red colour, but I’ll top it up in the next couple of days I think. I love this colour and I’m definitely sticking with it for a few months – the past few months have been a blur of bleach, blue and mistakes!

Thank you for reading, if you have any suggestions for things I should try out next month please leave them in the comments!