Today was a literal day of up and downs (I’ll explain that joke later) and SITC has been a whirlwind so let’s go to the beginning of the day!

Creator Day is always such a chill and calm day that the Saturday always feels so much busier – it was insane how many more people were there today but we got in and we went straight for the sofas we’d been sat on yesterday just to chill and figure out a plan. Then some people went to a panel, some to queue for meet and greets and I went with Emily (emilysingsandthings on YouTube!) to watch her open mic performance (which was absolutely brilliant, but the way!).

After that I went to queue for KickThePJ’s filmmaking panel and this is where it started going a bit wrong.

My phone just bricked. The screen went black, I tried plugging it in, I pressed all the combinations of buttons, I unplugged it, plugged it back in, I tried everything. When I realised that my phone had broken I went straight into panic. I got really anxious, I was trying not to cry (unsuccessfully) but I stuck by it, I went to the panel (I was front row, not that I have any evidence for it because my camera memory was full too!) and instead of going to queue for another panel that I really wanted to go to, I went back to the hotel to try and sort out my phone. I plugged it into the computer and I pressed buttons and clicked things and iTunes did something and now my phone is fine. I have no idea what happened but I reset something and it was fine.

And from there I chilled on Skype with Lucas for a bit to calm myself down and eat lunch and then headed back to SitC to get to main stage for the night.

And that went well – I got really close to the front and we ended up one row from the front for Jack and Dean but I saw Bars and Melody, the YouTube awards, Jon Cozart, Ricky Dillon, Bethan Leadley, The Gabbie Show, Dodie Clark, Tris and Connor (drummer and bassist) from the Vamps and Jack and Dean. So a pretty good night! Dodie was absolutely incredible and Jack and Dean’s show was hilarious. I’m so glad I went back for it!

Then this is where ‘up and down’ comes into it – my key for my hotel room stopped working. It wouldn’t work when I swiped it to call the lift but then someone else let me in so I assumed it would be fine, got out on the 7th floor and the key wouldn’t work on my room. I went down again and the woman at the desk reprogrammed my key and it wouldn’t work on the lift again, she let me up and surprise, surprise my key wouldn’t work on my room! So down again I went (see, up and down… get it?!) and the woman reprogrammed a couple of keys and came up with me so I could definitely get into my room so I could finally eat the take-out chips I’d bought!

All in all it was a good day, PJ’s panel was so inspiring and the notes I made were really nice, filmmaking related tips such as; work with like minded people who believe in the project, developing a character for a short film (when you’re limited on time) means you have to focus on the elements of them that are important for the story and not irrelevant facts and in terms of inspiration, watching lots of stuff, listening to music, living life and just trying to make stuff is the best way to approach it!

Today was stressful and involved more crying than I expected it to but overall it was good, I’m looking forward to the short film panel I want to go to tomorrow but I’m also really excited to go home and order Chinese and watch Robot Wars and squish my bubba.

Maybe I’m too sentimental, but I love my squish.

Thank you for reading and bring on the final day of SitC!

Also, Jack and Dean took this photo after their main stage performance. 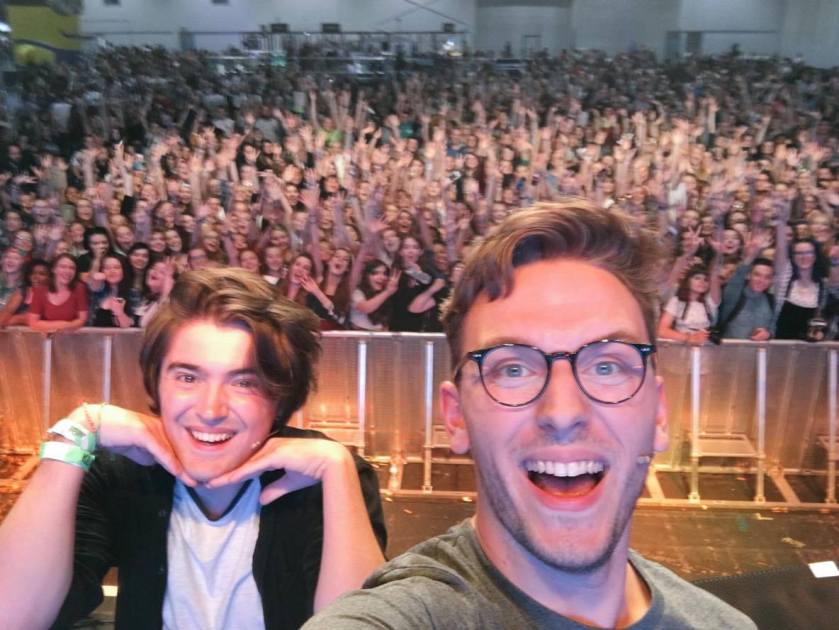 Time to play Spot the Spoofy. 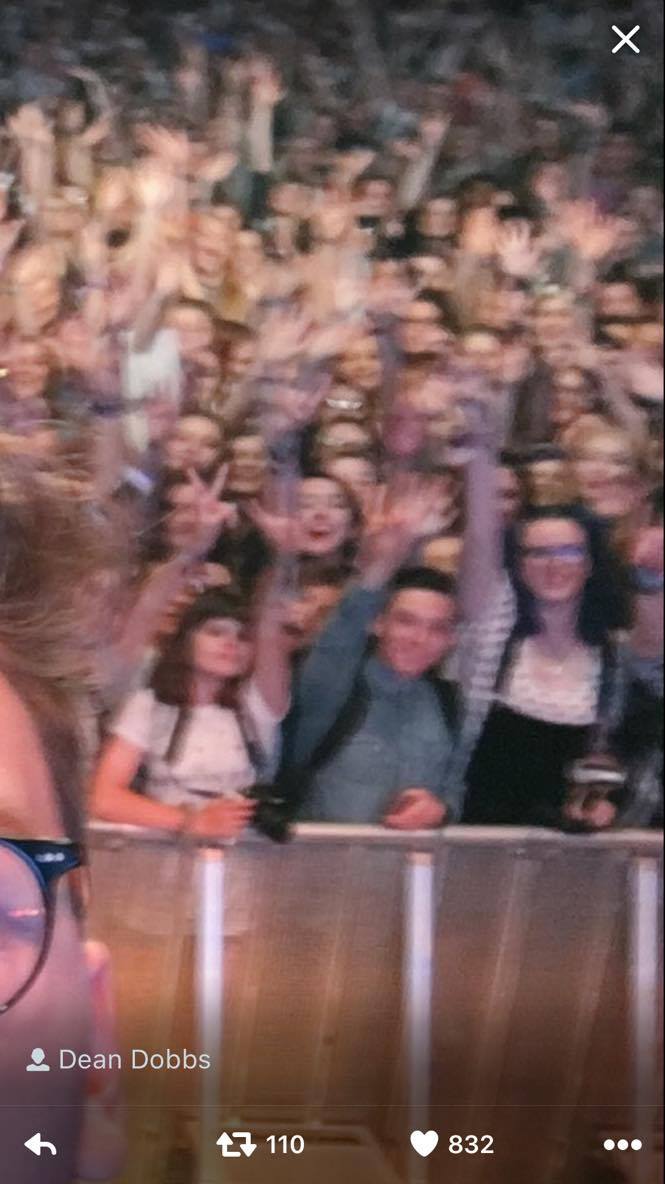