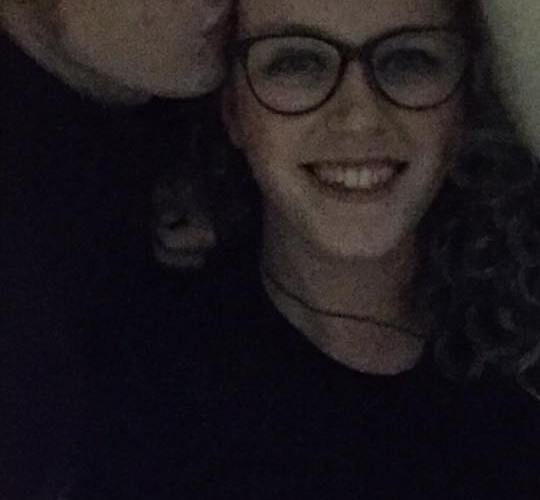 Having met in halls at university, Lucas and I have seen each other basically every day since we met. Obviously there’s been a few weekends here and there where one of us has been at home and over holidays like Christmas and Easter we were with our own families but we’ve been in contact basically every day since we found each other on Facebook on September 2nd (I’m good with dates, I really shouldn’t remember this).

Today he’s gone off for work experience at Glastonbury – he gets to be a vision engineer or a vision mixer (I never remember which and he always corrects me) and I’m staying in Southampton. I’ll be busy enough with work and grabbing extra shifts and packing to move next week but sleeping alone is going to be weird. Especially in my room, we usually sleep in Lucas’s room because he’s got a longer bed because he’s a giant.

Obviously meeting and being together in halls means that we do spend so much of our time together than it probably makes being apart that much more difficult. There are pros and cons – it’s lonelier and I can’t talk to him about blog post ideas or vlog with him, but it means my room is tidier for one and I don’t have to be in charge of two people’s lives because god knows if I didn’t do it Lucas wouldn’t do anything at all.

A lot of people say you shouldn’t get with people in your flat – it’s awkward if you break up and they think you spend too much time together but we’ve been going for almost eight months and we’re not giving up anytime soon! Not that eight months is particularly monumental but we’re moving out of halls next Friday so we made it through eight of the ten months we were living together in a relationship!

We learn more about each other and our similarities as well as our differences the longer we are together and also when we’re apart it highlights more of who we are. Recently I’ve become particularly aware of the differences in our levels of motivation – I’m someone who has a ‘to do’ list with maybe 7 to 10 things on it pretty much every day while Lucas is quite happy to sit in the same spot on my bed playing some video game all day whilst he’s got videos to edit, physio appointments to make and things to do and it’s a major difference that I’m still figuring out if I can deal with.

But similarly, I’m a really difficult person just in general and we do argue, but if it was perfect, it would be too easy and not worth the fight.

I struggle when he’s not around – last time he was away, whether it was coincidence or not, happened to be the lowest I’ve been in a while. I have a lot going on in my head at the best of times – my brain runs away without my heart and makes decisions and assumptions without really thinking about anything and I often feel overwhelmed by it. I get overwhelmed by depression and anxiety without him but keeping myself distracted, busy and as happy as I can is all I can do until he gets back.

And it’ll all be okay when he gets back.