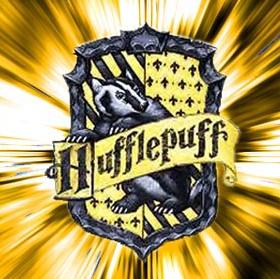 So, I’m a Hufflepuff. I spent a long time not really knowing which Harry Potter Hogwarts house I belonged in because I was sure I wasn’t a Gryffindor but I didn’t really know where I fit in. Until I took the test on Pottermore.

Sure fire Hufflepuff. I’m not clever enough for Ravenclaw, not brave enough for Gryffindor, not sly enough for Slytherin but I pride myself in being a nice person and sharing positivity and trying to be the best person I can be.

So when I went to the Harry Potter studios I bought a Hufflepuff beanie and I’ve fully embraced being a Hufflepuff and I don’t know why people look down on and take the mick out of the house renowned for being kind and taking food from the kitchen.

I’ve seen people be disappointed because they were sorted into Hufflepuff and I don’t know why. Being a Hufflepuff is a great thingand I’m a very proud Hufflepuff.

I have a t-shirt and everything.