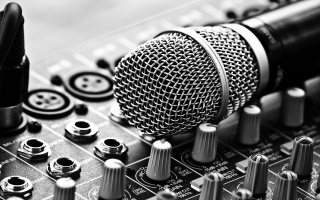 I love music. ‘Really, Sophie?’ I heard you cry. ‘We’d never have guessed from the amount of blog posts and the tattoos you have!’ I know, anonymous reader of Sophie Counts Clouds, I know – I talk about it a lot. But today I have a little criticism. Just a little one.

I like finding new music, whether it be a new bond or just a new song. I do this by looking into the support acts of bands I like, looking at playlists of the music I’m in the mood for and by listening to the charts.

I’m not going to pretend I’m ‘too cool’ for chart music – I love pop and it wouldn’t be in the charts if it wasn’t popular.

So when Little Mix released ‘Black Magic’ I was pretty sure I’d like it – I love Little Mix and their harmonies and just them as people, especially live. I heard the song and saw drama about the video that I mostly ignored because I really like the song – it’s really catchy and I like the fantasy element, even if it’s pretty tenuous.

So after my prom last weekend and my newly-won £15 iTunes voucher, I looked into buying it because I fully believe in supporting artists if you have the financial ability to.

It’s doesn’t come out until the 10th of July.

It’s being played and promoted over a month before it’s release. And Charlie Puth’s song ‘Let’s Marvin Gaye and Get It On’ featuring Meghan Trainor doesn’t come out for another month after that – almost two months of promo!

On one hand, it gets the song in peoples heads and it might mean it charts better on release day, but it’s more likely to mean people forget about it and don’t get round to buying it.

If the song’s ready, why not release it?

Maybe I’m being naive about the industry, but some explanation would be nice.