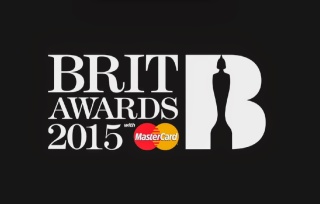 Today the nominees for the Oscars and the BRIT awards were both announced. I chose to write about my opinions on the BRIT award nominees because after glancing at the Oscar nominations, I realised that the same ten films were being nominated for every award and I haven’t seen enough of the films to really be able to comment.

Except Everything Is Awesome should definitely win an Oscar.

The BRIT awards aren’t too different – a lot of the same acts are nominated, for example Ed Sheeran is nominated for four awards, but I know a lot more about music than I do about film.

Nominees for British Artist Video of the Year:
Ed Sheeran ‘Thinking Out Loud’
Sigma ‘Nobody To Love’
Duke Dumont ‘I Got U’
Mark Ronson ‘Uptown Funk’
Charlie XCX ‘Boom Clap’
One Direction ‘You and I’
Route 94 ‘My Love’
Sam Smith ‘Stay With Me’
Rita Ora ‘I Will Never Let You Down’
Calvin Harris ‘Summer’

Response: These are probably some of the best selling artists of 2014 so naturally their videos will be most popular. There’s a huge range of style on genre included in the nominees which surprises me as there are a lot of videos based almost entirely around nudity.

Who I want to win: Normally I love One Directions videos – I think they’re silly and funny and the video for Night Changes is really innovate but the You and I video didn’t grab me in the same way, though the concept is interesting. I love ‘Thinking Out Loud’ – I’m a sucker for a carefully choreographed dance video and I was incredibly impressed that Ed Sheeran learnt and performed the dance himself.

Who I think will win: One Direction normally win these kinds of competitions without a question because of their absolutely giant fanbase, but Ed Sheeran and Sam Smith have had a particularly good year and Uptown Funk has been the UK official number one for about a month (excluding a blip at Christmas to allow for Ben Haenow’s X Factor Winner’s Single to reach the top spot).

Response: I have never heard of FKA Twigs, I’ll be honest. I’ve heard of CHVRCHES and Royal Blood but I haven’t actually heard any of their music. I really like Sam Smith but whenever his songs come on TV or the radio, my mum and my sister kick up a fuss because his songs are generally quite miserable but I really like his tone and the lyrics he sings. George Ezra I like a lot – Budapest is really catchy and the video for Blame It On Me is really funny. He’s really cute and I like the sound of his voice, though I don’t normally like that more nasal sound.

Who I want to win: George Ezra – I think he only really begun his career at the end of 2014 and he has had two songs in the charts for quite a while now. I hope to hear a lot more from him in 2015.

Who I think will win: Sam Smith – since being declared the ‘one to watch’ in early 2014, Sam Smith absolutely exploded onto the music scene. Out of those artists, I think people are most likely to recognise and support Sam’s name.

Response: Again, I’ve not actually heard all of these albums but that gives me some more music to listen to. Similarly to Best British Video, there seems to be a huge variety in genre and it’ll be interesting to see who wins in this not-fan voted category.

Who I want to win: ‘X’ is an incredible album – it shows not only the development Ed Sheeran has made since his first album ‘+’ but what a talented musician he is because there’s such beautiful music on this album accompanied by lyrics that could be poetry. I have a thing for lyrics, I don’t know if you can tell.

Who I think will win: Ed Sheeran ‘X’ – since his debut album was so successful, people have been waiting for the amazing follow up. This album was highly anticipated and more than followed through – I’ll be very surprised if he doesn’t win.

Response: Who is this Twig girl and why have I never heard of her?! I follow the charts pretty religiously, have I missed something important? In a more accurate response – I don’t really like these nominees as such. I like Ella Henderson and I think she’s very talented but I’m not a big fan of the others. I think Jessie J and Ellie Goulding should definitely be in there too.

Who I want to win: Ella Henderson – her song about a ghost that I don’t really know the name of is kinda catchy.

Who I think will win: Probably Paloma Faith, which disappoints me because I don’t like her at all. When I make the ‘Sophie’ awards, she won’t be getting one. (Not to say she isn’t talented, I just don’t like her sound)

Response: I don’t know who Damon Albarn is, is this a new generation of ‘who to watch in 2015’ that I missed or am I a total moron? Surprise Paolo Nutini is on there because the only song I remember of his is Pencil Full of Lead, but I know he released an album this year and my saxophone teacher loved it.

Who I want to win: Ed Sheeran. I adore that man and his music. A lot.

Who I think will win: Either Ed Sheeran or Sam Smith – Ed Sheeran has the raw talent and the complete adoration of millions and millions of people but Sam Smith has sky rocketed to fame this year and it’s very impressive if I do say so myself.

Response: A good mixture of genres but I feel like a lot of bands were missed out, then every name that springs to mind isn’t a British band. There’s a good range of nominees.

Who I want to win: I have no shame in admitting I actually like One Direction quite a lot – I think they don’t take themselves too seriously and that’s amazing considering how famous they are.

Who I think will win: Immediately I think One Direction, just because of the sheer fan power and how impressive that is to a panel of judges but then I think maybe they might not look at that? They might pick a newer band like Alt-J to try and give them more screen time. But I don’t know if I’m looking into it too much along the lines of ‘these kinds of awards shows are fixed’.

Response: There are so many male artists that aren’t really famous because they can sing but because they look pretty and make pre-teen girls swoon and I’m so glad that this list isn’t about that. John Legend is an astounding artist, Pharrell Williams has had some incredibly popular songs this year and Hozier’s track ‘Take Me To Church’ I feel deserves a song of the year award because of how popular and well-covered it’s been. I’m impressed, BRIT awards, well done.

Who I want to win: John Legend – I can’t resist the gorgeous romantic lyrics.

Who I think will win: Hozier – ‘Take Me To Church’ is (at this moment) number 5 in the charts so he’s relevant and it’ll give him a lot of good press regarding consequent singles. I’d be pretty happy if he won to be honest, I just have a soft spot for John Legend because the ‘All of Me’ video is so beautiful.

Response: Might as well be American Female Solo Artist? But I suppose the same can be said of the male nominations. I don’t know whether it’s because I don’t listen to as much female sung music or I don’t like it as much, but I’m not a big fan of this line.

Who I want to win: Okay, I was completely converted to Taylor Swift this year. Previously, I had a pretty vocalised opinion on her not because she wrote songs about romance – doesn’t everyone? – but because she used to (as far as I’m aware) name and shame about which person each song was a bit. Now I completely understand that she’s playing the media and we’re actually really alike. She’s basically a giant nerd that adores her fans and I’m so, so admiring of how she treats her fans. She is a Goddess among a lot of stupidly, unreasonably famous celebrities and I bow down to her.

Who I think will win: Beyonce. Unpopular opinion: I’m not a big fan because I don’t think promoting body confidence is the same as not wearing many clothes. I don’t want to get into it because I’ll offend someone – Beyonce is a very talented singer and a lot of people think she is God on Earth. Her influence inside and outside of the music industry will almost certainly earn her this award.

Response: When I typed ‘Foo Fighters’ I accidentally typed ‘Food Fights’ and now my mouth is watering a bit, I’m hungry. But really – I’m so proud that 5 Seconds of Summer are on there against bands like the Foo Fighters and The Black Keys. It’s not a secret that I’m a huge 5SOS fan and I think it’ll be amazing for them to prove that their more than just One Direction’s opening act.

Who I want to win: 5 Seconds of Summer. I want to add a ‘duh’ in there but I also don’t want to patronise anyone. Oops.

Who I think will win: From an unbiased perspective – 5 Seconds of Summer. They’ve released four singles this year (the first of which debuted at number one), two albums, they’ve been on a stadium tour, they’ve performed all over the world, they’ve dealt with a lost passport, an almost-exploding appendix and abseiling down a building. They’ve had a phenomenal year and they’ve not only earned this award but they completely deserve it.

Response: Apparently I’m not as good at keeping up with new music as I thought I was.

Who I want to win: I’ve heard a lot about James Bay recently, from friends and YouTuber Jim Chapman said he really liked him and he looks like someone who makes music I’d like.

Who I think will win: Years and Years – having been vaguely following BBC Radio 1’s sound of 2015 thingy (that Sam Smith won in 2014) I think they’ve made enough of a profile to be impressive but are still vaguely unknown enough that the award would really aid their profile.

Response: I know nothing about producers except John Feldmann.

Who I want to win: Jake Gosling? I think it’s because he has the same surname as Ryan Gosling.

Who I think will win: I feel like Flood is the kind of edgy act that is likely to be chosen. I literally have no idea. 2015 goal: learn more about producers.

Response: Not impressed but not surprised – all the stereotypical popular electric pop that litters the charts with the Sam Smith ballad, Ed Sheeran masterpiece and Uptown Funk jazz to give it a bit of variety. This is purely due to personal preference to heavier guitars and people playing their own instruments, but it’s a good list based on the popular music of 2014.

Who I want to win: Uptown Funk – that song is a jam and a half and if anyone tries to tell you they don’t tap their feet or have an all out dance party to this song, they’re lying.

Who I think will win: Uptown Funk has been number one for almost a month, but I think Ghost by Ella Henderson might do quite well actually. I have no explanation, just a feeling, which is the worst explanation a blogger could possibly give.

And there’s the run down of the BRIT nominations for 2015. Who do you think is going to shine at the BRITs this year? Shall I make a post on the night of the awards show referring back to this one? Leave your thoughts in the comments!